THE WORLD OF KOMAINU

What is a komainu? Are the statues works of art?
Or merely symbolic figures of god's servants?
Read below to find out.


The komainu is sometimes called “lion dog” in English, but the term is hardly likely to invoke any particular image in the reader's mind. Its origins are the lion statues of China, but it developed along a different artistic and cultural plane in Japan. Komainu statues are a familiar sight for the Japanese, but in regard to their cultural value, they are just as ignorant as the rest of the world.
Unlike the sculpted images of the Buddha, stone komainu statues have been unjustly ignored. Compared with clay figures and carvings in wood, stone statues require much more skill and patience to create. It is puzzling, to say the least, that they have been so little appreciated. We tend to think that artists create wooden sculptures and plaster figures, while stone carvings are the efforts of artisans. The fact probably has some bearing on such an attitude.
More and more people, however, have been captivated by the appealing komainu statues. There are now quite a number in Japan who declare komainu appreciation as their pet hobby. This book has been compiled in an effort to convey to readers worldwide the wonders of komainu art and culture.

Probably the only complete guidebook to the world of komainu, they include numerous pictures in color and can be enjoyed with even an iPhone or Kindle Fire.. 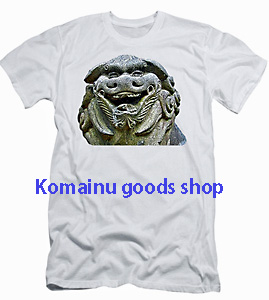